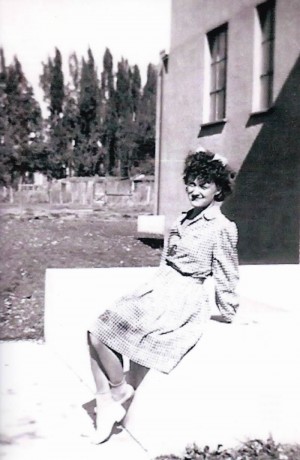 Born Milly Randall in the small, self-contained community of Bruneau, Idaho in 1929, Milly Hunt Porter was raised on a family farm where she learned both responsibility and husbandry at an early age, tending the farm animals and doing daily chores. A child during the great depression and a teenage during World War II, Porter came to prize the qualities of thrift and ingenuity which she garnered during those periods.

Porter’s adult years were spent raising a family of four on Nevada and California cattle and horse ranches. Since, during those years, horses provided both the family livelihood and a major source of recreation and entertainment, horses soon became a major focus in Porter’s life.

Porter utilized her keen knowledge of horses in 1978 when she was the editor of Think Harmony with Horses by Ray Hunt and again in 1987 when she edited Tom Dorrance’s True Unity. Both books explored the relationship between the horse and human.

Between editorial projects, Porter published Hey Elko, a collection of her original verse, inspired by the city and county of Elko, Nevada.

Porter began work on The Horse Gods in 1994, first writing the conclusion to the novel, and then allowing the rest of the story to unfold “in much the same fashion that life weaves its drama – events and characters wandered in and influenced the flow of people’s lives.”

Porter has now returned to Bruneau, Idaho, where she lives on a farm once again with her husband George. After fifty years away, the return was a homecoming: “It was as though I had stepped out on my left foot and just stepped back in on my right foot-a comfortable and comforting feeling.”